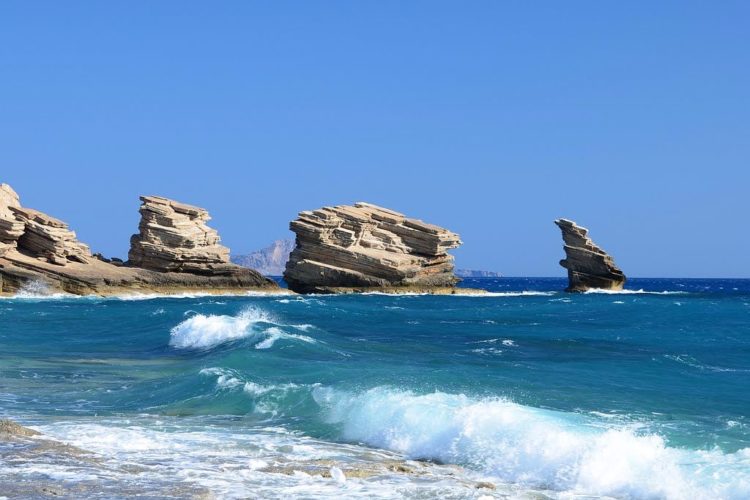 5 REASONS TO BUY PROPERTY AND LIVE IN SOUTH CRETE

Crete is one of the most southerly parts of Europe and southern Crete is definitely to buy property and is ideal for living since it is one of the most unspoiled places of Greece.
The absence of the major towns, with the exception of Ierapetra in south eastern Crete, since all of them are situated on the southern part of the island, is preserving the unpolluted and nature at land and sea. A long mountain line, consisting of the White mountains in the west, the Ida mountain in the central part and the Dikti mountain in the eastern part of the island are the natural weather borders, separating the both of the south of the island. South Crete being located on the 35th parallel , (same as Northern Africa), being the meeting point of Africa and Europe, has as a result the mild winters , ideal for winter swimmers, and the dry-healthy climate all the year around.

Places like Frankokastello, with the highest average all over Greece, of 313 sunny days a year, the magnificent Cycladic style built village of Loutro, the village of Agia Roumeli, where the  famous Samaria Gorge ends. The south coast of Rethymno offers majestic sites like the old fishermen’s villages, turned now to touristic resorts, like Plakias and Agia Galini with an easy access to the north shore and to the beautiful old town of Rethymnon and its Venetian time harbor. The south side of Heraklion starting with Matala and its famous caves and isolated places for these looking for the absolute peace ,as Kali limenes and Lentas, behind the Asterousia mountain site.South-eastern Crete is also offering remote originals like Myrtos and Makris Gialos and numerous little bays offering absolute tranquility.There is plenty of free standing plots available to build your home, situated near, or on the beach enjoying the magnificent views to the Libyan Sea , and the islands of Gavdos , Paximadia and Chrissi  , situated south of Crete.

The subtropical beach of Elafonissi,  Paleochora , Sougia are the most well-known places of the South-western Crete The southern part of Rethymnon is offering a fast access to the north (45′), and a lot of lovely Sunday beaches, like the famous for its palm trees Preveli lake, Da
mnoni and Amoudi beaches and farther to the east the magnificent beaches of Livres, Triopetra , and Agios Pavlos, arriving to the fishermen’s sea side village of Agia Galini.

For those with an interest for history and archeology, south Crete offer a variety of important Historical sites, as the famous Minoan palace of Festos, situated on a hill top, dominating the Messara plain. The ancient city of Gortys well known for its oldest legislation codex of the Dorian era and remainings of the roman time Capital of Crete and Cyrenaica, that is Northern Africa, with over 100.000 inhabitants.

Buying  your own property and living in south Crete is an experience, unique of its kind and I can confirm this, having been born and grown up in this part of the island can confirm the great difference in the rhythms and quality of life between this part and the North of the islands. Unspoiled country side, crystal clear waters , lots of sunny days, dry healthy climate, ideal especially for people having problems with arthritis, sinus and lungs , low living cost, and most of all friendly original people, are the most persuasive reasons for choosing this part of the globe, both for your holiday or buy-build your home in south Crete. Idealy buy an old stone house within a traditional cretan village and live amongs the locals, or even find a sea-front plot and build your own traditional style home.